There are many changes coming to Coverage Validator.

I’m going to describe the various changes and the reasons behind them.

A new UX theme which is has less visual clutter and is calmer to look at has been introduced. We’ve written about that in New UX Theme. 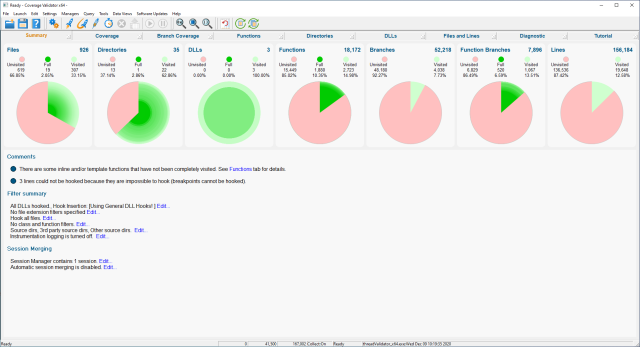 C++ Coverage Validator shipped in two versions, a 32 bit version and a 64 bit version that could also process 32 bit executables.

The reasons for this change are

To support the new .Net functionality there are some additional launch options for working with ASP.Net applications (IIS and Web Development Server) as well as .Net applications and .Net services. 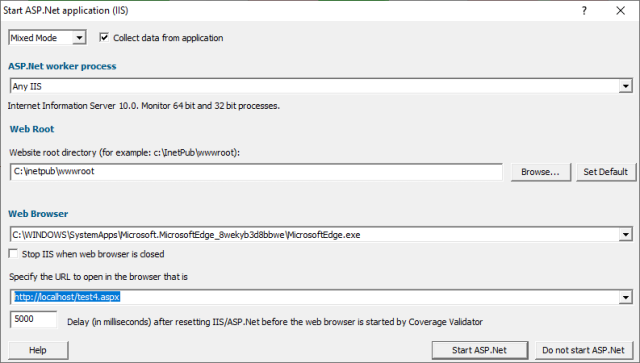 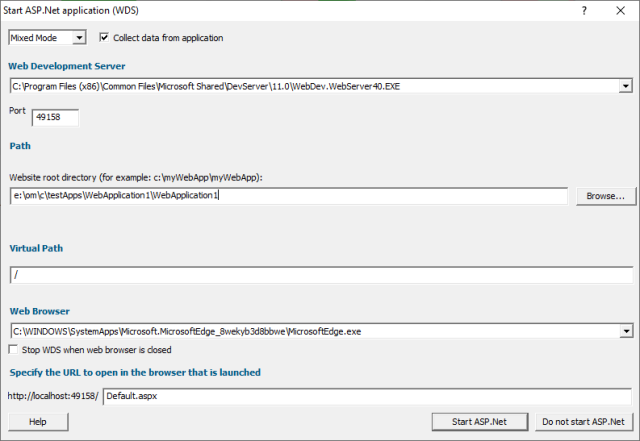 The settings dialog has two new panels to allow you to configure .Net Function Inlining and .Net Function Caching. The defaults are the values that an application would normally run with. 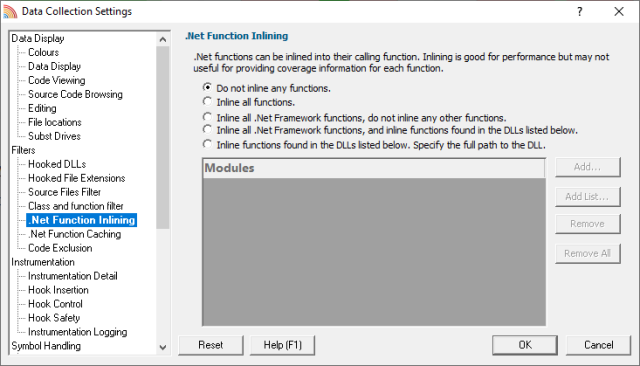 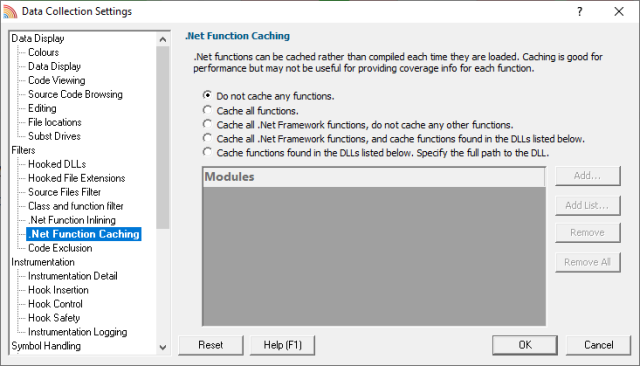 With the ability to process both native and .Net applications and mixed mode applications comes the desire to sometimes restrict code coverage to just native code, or just .Net code, or to allow any code (mixed mode) to be covered. To handle this we’ve added a simple combo dropdown on the various launch dialogs that allows you to choose how code coverage is handled at a very high level.

These changes to Coverage Validator will be available after 13 December 2020.