This article will show you how to:

To work with Memory Validator you need to build the x86 Debug configuration and/or the x86 Release configuration of your Marmalade project using Visual Studio. 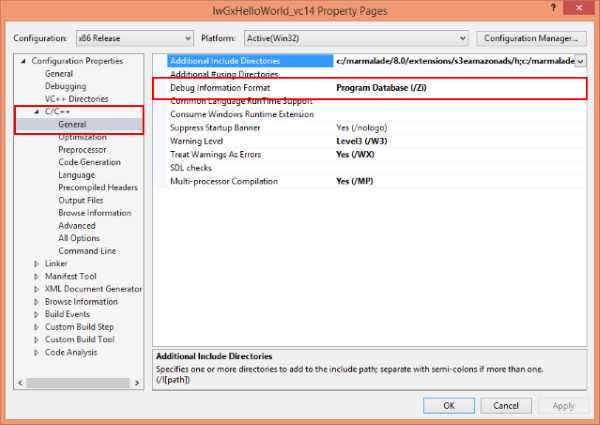 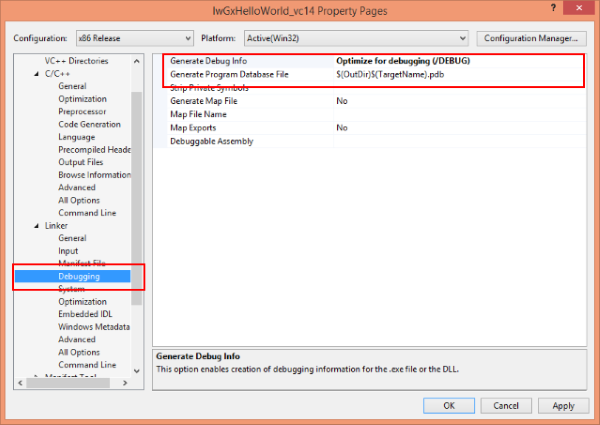 You must ensure that both compile and link stages have the correct settings set. If only compile or only link is set you will not get debugging symbols. 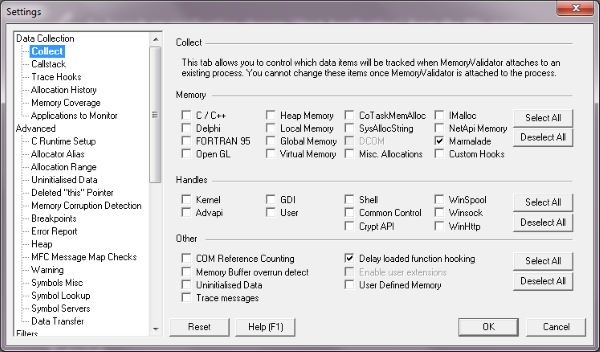 To launch a Marmalade game with Memory Validator we launch the Marmalade simulator and specify the game to run using the Marmalade -via command line argument.

If Marmalade is installed in c:\marmalade then the path to the simulator is

then the command line is

and the startup directory is

This is how the launch dialog looks when you are launching this game.