Visual Studio is a very productive development environment. However, you can get Visual Studio into a state (for C++ and C developers, at least) where the compile and link both succeed, but when you go to run the executable Visual Studio annoyingly tells you that the build is out of date and would you like to build it? 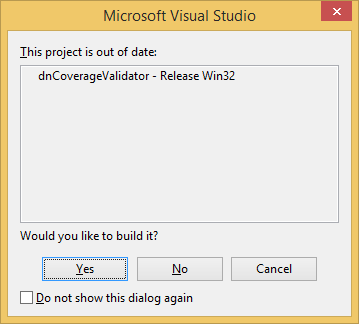 This is a very frustrating experience. You go around and around in circles trying to work out what is wrong with the project that is causing this warning message to be displayed.

After some head scratching you’ll Google it and find solutions on numerous websites that tell you to do this, or that, or the other. The advice on some sites is consistent with the advice on other sites, some advice is not consistent. Then you find that some advice is for one version of Visual Studio, but you need to do something differently for a different version of Visual Studio.

It’s a mess. But you work out what you need to do, set about it and after tweaking a registry setting, running a tool to grab the output from OutputDebugString (or writing one if you couldn’t find a tool!), you now know which file is causing Visual Studio to tell you the build is out of date. Great!

Er, not so fast. The problem with this is Visual Studio only tells you about the first file that causes it to need to be rebuilt. Any other files aren’t listed, so you have to make the change then repeat the whole cycle. Slow!

“Crikey, that was a lot of effort, I hope that doesn’t happen again”, you think, or perhaps something a bit less polite. And then you remember you’ve got 10 more projects that behave like this, but you’d been ignoring that for a long time. But now you know how to fix it, but you can’t imagine putting in the effort for those 10 projects.

That was the situation we were in, except that just about every project we had (over 200 projects) had this problem. After tackling just one project I knew we had a choice:

Our engineering needs drove the decision. 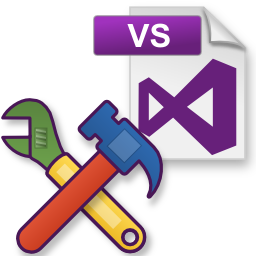 We decided to write a tool to make the hard bits of the above easy and to automatically discover what was wrong with a project file, then allow the user to choose which items to fix and which to leave alone. Plus an automatic mode that just fixes everything for you.

Things that can affect a project file are:

Missing file. You have a class defined in class.h and implemented in class.cpp. Only class.cpp is listed in the project file.

Incorrect file. A file is listed in the project as ..\svlCommonUI\class.h but is actually located at ..\svlCommon\class.h.

The image above shows the user interface after a scan of many projects has been performed. The summary display is shown, which lists an overview of the state of the projects and provides an option to automatically fix all the projects. If you click an individual project, the display changes to provided detailed information about that project.

There are four ways of scanning projects, providing for maximum flexibility in automating fixes or manually choosing each fix to apply.

Having scanned some projects you can examine the results and choose to fix individual projects, or to fix all the projects that need fixing. 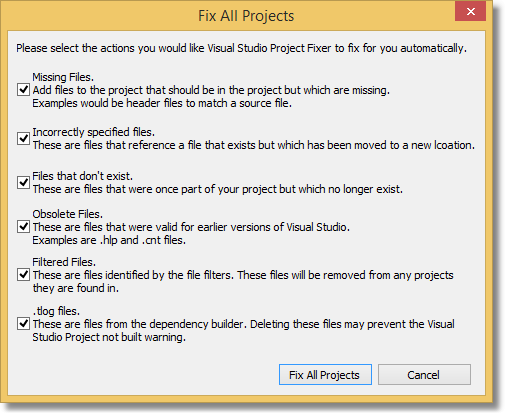 The default settings are to backup all project files before modifying them.